This is Part 3 of a story shared by Friend, Jim Scott.

The Medina in Marrakesh was a big reason that we traveled to this exotic city. The Marrakesh Medina is a UNESCO World Heritage site because it maintains most of its roots and culture dating back to circa 1070, when Marrakesh was founded and became a center of trade and culture. In the daytime, the open square is lined with craftsmen and food carts and the day seems to unfold like every day before, patrons shop for their spices and food for their day’s meals. Merchants open their Souks waiting for customers to arrive and in one corner snake charmers work their flutes coaxing the cobra to rise and fall upon their notes. Beside them were falcons and monkeys under an umbrella natural as any street performer in any American city.

Now that we had our bearings in the open square, we decided to start venturing down the various walled narrow streets with all kinds of interesting shops/ souks that encompass these back streets. In one block, you may see spice shops and carpet dealers; the next block you have donkey carts and broken-down walls and dusty streets. Next, you come upon a beautiful keyhole entry way that leads to a lovey courtyard of lemon trees. The bold colors and patterns that make up the landscape of Marrakesh are incredible and they get meshed in a second with the smell of orange blossoms, saffron, cat urine and gasoline. The unique mix leaves an indelible memory on your senses. The maze of back streets always left the possibility of getting lost, which did happen, but we always managed to find our way out. Walking with my wife Teresa, there was always the thought in the back of our head that a blonde-haired woman with no head scarf on, could be assaulted or harassed. That never happened, we are glad to say, and everyone was very friendly to us.

Because of the heat, we would usually visit the Medina in the morning and then retire to the Riad to cool off in the pool and rest for the afternoon. In the evening, we would venture out again and as the evenings dusk gave way to the night skies the Medina came alive. The energy was incredible as Moroccan music played all around. The Food vendors were preparing fresh delicacies and were using their best sales techniques to entice a passerby to sit at their tables and enjoy their freshly made Moroccan dishes. The food was incredible and the choices seemed endless. One night, we became friends with the foodies and they insisted on a group picture with him and the cooks.

After dinner and perusing the souks, we came upon a vendor with silk scarves. We had actually already bought some scarves for our daughters, so we did not need to go in, but in an effort to be persuasive he continued to walk with us and because of my baldness he continued to call me “Bruce Willis”:

…”Hey, American Bruce Willis, come and look at my scarves….I make you good deal….hey Bruce Willis, get your lady a pretty scarf…”

Imagine a broken Moroccan accent following you, an overweight middle-aged bald man, down the Medina calling you Bruce Willis repeatedly and hopefully you get the humor in it.

Next, we are to head out through the Atlas Mountains, on one of the ten most dangerous roads in the world to ride a camel out into the desert to sleep with a Berber tribe. A three -hour journey…. or so we thought!

Staying At The Riad In Marrakesh, Morocco

JOURNEY THROUGH THE ATLAS MOUNTAINS In Morocco 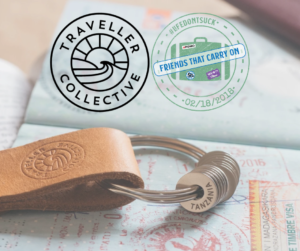